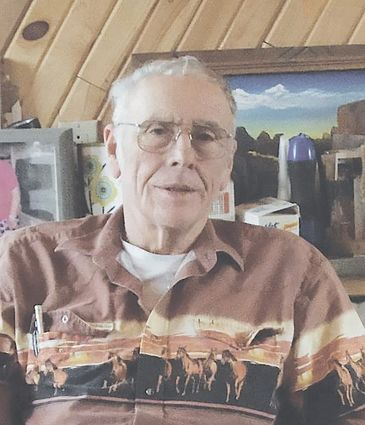 Irvin was born March 10, 1942, in Spearfish, South Dakota, to Mary (Sims) and Loraine Brimmer. He grew up in the Hulett area attended school on Lytle Creek and Hulett.

He graduated Hulett High School in 1960 and was salutatorian of his class. He work as a surveyor shortly after high school and loved to tell the story of staying the night on Mt Rushmore; specifically, on George Washington's head. He attended Casper College and later the University of Wyoming.

On April 17, 1965, he married Patricia Ballou at the Baptist Church in Hulett. Shortly after the birth of their first child, Jannice, they moved to Trona, California, for a short time where Irvin worked as a Chemical Engineer.

They moved back to the Hulett area where Irvin worked various jobs. They were in Upton, Wyoming, when their first son, Lyle was born. This completed their family of four.

Irvin and his family moved back to Hulett to call it their permanent home. During that time, Pat took a job as the Adult Education Coordinator in Hulett – this led to Irvin taking many courses, including Karate; he held a green belt. He also learned to square dance, which involved the entire family and this took us on many adventures.

Irvin continued to work various jobs in the timber industry, construction industry and around 1978 he started his business of Brimmer Repair Service located next to their home in Hulett. It was at that time that Jannice and Lyle soon became apprentice mechanics. The repair business sustained their family for several years and during this venture Irvin made many more friends from nearby and far away.

When the repair business came to an end, Irvin and Pat embarked back into the construction scene. Irvin worked jobs close to home while the kids were going the school. Later on Irvin and Pat would begin to travel with the jobs; one particular job was in Watertown, South Dakota and they both spoke of this with fond memories and laughter.

In combination with working life, Irvin had many hobbies that included building a gyro-copter and attempting to fly, metal detecting, HAM radio licensing and operation, travel with his family to all parts of the US, hunting for artifacts, his pack-in elk hunting trips, snowmobiling, building their 'new room', attending as many family milestone events as possible and many hours of visiting with friends and telling his stories. Just recently Jannice found out that not all of his stories were factual and could have been 'suggestions' of what happened with embellishments. Irvin loved his friends and family.

Funeral services will be at 1 p.m., Saturday, January 12, 2019, at the Greater Hulett Community Center. Burial will take place at the Hulett Cemetery. In lieu of flowers, a memorial has been established to benefit the Hulett E.M.T. Service.