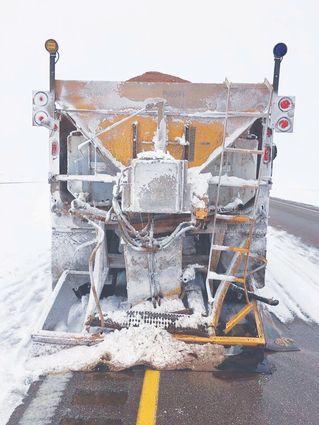 Two plows have been struck on the interstate in the last week.

A second WYDOT snow plow has been struck by a truck while clearing snow on the interstate near Moorcroft. The plow was in the left-hand passing lane of the westbound lane of Interstate 90 at mile marker 159 during a midday run.

The truck struck the sander, causing substantial damage to the sander, but none to the plow truck. The truck received significant damage. No injuries were reported....