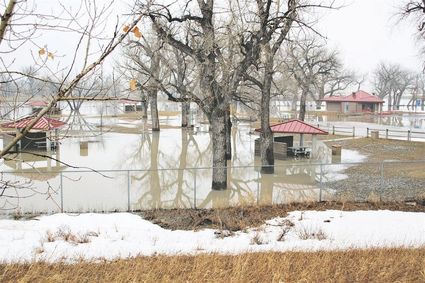 The rest area on the edge of town is suffering some of the worst of the post-storm flooding.

With the deep snow and rain, no one has been surprised to see flooding in the area. The clearest indication of the amount of melt that has taken place since the snowstorm can be seen at the rest area, which was almost completely underwater as the week began.

Road & Bridge Foreman Morgan Ellsbury said that only a couple of areas in the county have consistently flooded since the thaw began last week. "There's not much of anything so far – not that affects the roads. I've only got a few places that are overtopping the roads," he said.