Gary Gene Gabriel, 80, of Moorcroft, Wyoming, passed away peacefully on Tuesday, April 9, 2019, at his home.

He was born to George and Hilda (Reichert) Gabriel on June 7, 1938, in Rice Lake, Wisconsin. From the time he was a young boy working on his family farm, he had a strong work ethic and took his hard-working attitude far.

Throughout the years before his retirement, he was passionate about his work as a brick mason, in South Dakota and Wyoming. Gary also was an entrepreneur, owning a bar in Rice Lake and U-Cart Concrete and Wyoming Marine & RV in Gillette.

He was a stranger to none and was an instant friend to everyone he met. As the life of the party, his stories, eternal optimism and love for life will be greatly missed by his friends and family.

Gary looked forward to elk hunting in Jackson, Wyoming, every fall. He was an outdoorsman and an avid fisherman.

He also enjoyed gardening, growing tomatoes and cucumbers for his family that he used in his many recipes. No one ever left his house hungry!

He was happiest when he could tell a great story, and he'd do anything for a laugh. Gary was most proud of his family and often said if he had to do it all again, he would choose the family he was so luckily blessed with. 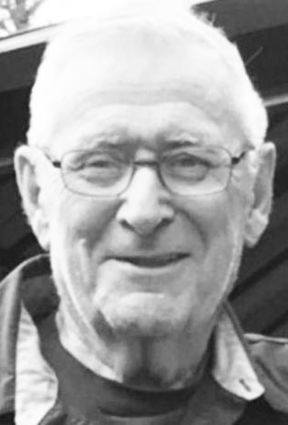 Gary was also the father to Gary Greenwood of Milwaukee, Wisconsin, daughter Christie (Ed) Sullivan of Littleton, Colorado and daughter Elizabeth (Peter) Shaar of Edmonds, Washington. He was also blessed by numerous grandchildren and great-grandchildren.

He was preceded in death by his parents, George and Hilda; his three brothers, George Jr., Maurice and Arlie Gabriel; and his son Robin Dahlstrom.

Per his request, no formal services will be held. A celebration of Gary's life will take place at a later date with his family. In lieu of flowers, donations can be made in his name to Campbell County Home Health and Hospice.