Freida Wilma Dent, 94, was granted her angel wings on April 19, 2019, at the Crook County Medical Facility after complications from a surgery on March 12, 2019.

Freida was born September 26, 1924, to Olga T (Gall) Gali and Anton Gali in Powder River County, Montana. One of 14 children, she grew up around the Broadus, Montana area.

On August 25, 1945, she married Roger Dent, who had a son, Lee, and shortly thereafter they moved to the Buttes. Freida received her teaching permit in 1943 at Campbell County High School in Gillette, WY. She taught one year at a country school outside of Gillette, four years in Montana and in 1950 moved to Hulett, where she would teach four more years and they would spend the rest of their years.

Freida loved Hulett and showed it by participating in almost every organization in Hulett and Crook County. She was one of the founding board members for the Hulett Bank (Summit National Bank) and served on the Centennial Board for the Hulett Civic Center.

Throughout her years she served on the Summit National Bank Board, Hulett Civic Center Board, Hulett Airport Board, Crook County Promotion Board, Devils Tower Natural History Association, Devils Tower Tourism, Hulett Chamber of Commerce, Hulett Friends of the Library, Crook County Medical Services Board and the Relay for Life Committee. She was also a member of Roy Montgomery American Legion Auxiliary Unit 80 since 1961 and was the chairwoman for the Girl's State Delegates.

For many years she was the coordinator for the Relay for Life, Hulett Rodeo Parade, Hulett Rabies Clinic and the Community Blood Drives. She was also the voice of Hulett, giving the radio report every week for the Belle Fourche Radio Station.

In addition to the boards she served on, she and her husband Roger owned and operated the Amoco gas station on Main Street, the Hulett Motel and Café and, after Roger's passing, Freida continue to operate the Motel and Café.

After selling that business she bought the Wishy-Washy Laundromat which she owned for several years. In her later years, she worked for the Hulett Public Library until the fall of 2018.

Freida remained very active and independent even in her 90s; in fact, most people couldn't believe she was that age. She never complained and always had a positive outlook on every situation.

She loved to have fun and post jokes on Facebook for everyone to enjoy. She was devoted to Hulett and did everything possible to promote it and be a part of it. She even received a key to the town, which she was very proud of. 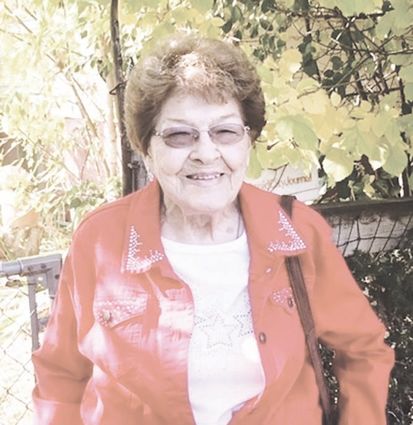 She was preceded in death by her parents, twelve siblings and her husband Roger.

A burial service for Freida will be held May 18 at the Moore Hill Cemetery at 8:30 a.m. for family and close friends, followed by a Celebration of Life at 10 a.m. at the Greater Hulett Community Center. Lunch to follow served by the Buttons and Bows.

In lieu of flowers, please make a donation to the Hulett EMS.