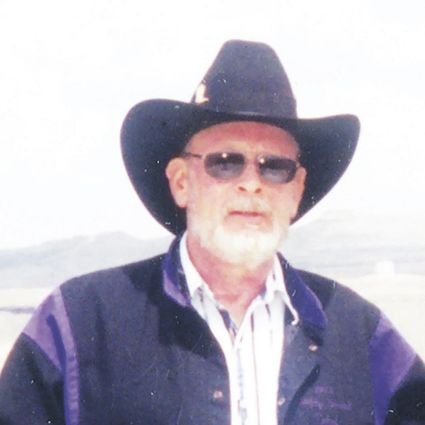 Richard “Terry” Hurrle passed away peacefully with his loving wife by his side on July 8, 2019 at The Legacy Living and Rehabilitation Center after battling Lewy Body Dementia. A celebration of life for Terry was held at the Pat’s Point Group Shelter (in Keyhole State Park).

Terry was born to Harold and Marian Hurrle on March 6, 1944 in Minneapolis, MN. He attended elementary and secondary school in Bloomington, MN.

At the age of 16, his schooling days were over and he took a job building pipeline across the country, which led to his career as a welder/fabricator. Beyond being a welder he was a commercial fisherman in California, a bronco rider in Minnesota and a hell raiser everywhere.

In the 80s, his job as a Foreman for TIC brought him to Wyoming where he helped build many structures at various mines in the Powder River Basin. He enjoyed working and greatly missed the challenges and rewards his professional life provided as well as the great relationships he built with his work family.

Terry also had a love for the outdoors. Hunting, fishing, camping and golfing were some of his favorite pastimes. For years he would go on hunting trips in the Tetons on horseback for weeks at a time

In 1990 he met and married his partner in crime, Judy Fall. They had many happy years together. They enjoyed traveling and spending time with family.

They eventually moved to Pine Haven, WY, where they had a house on the golf course and he was able to hone his golfing skills. After retiring from Eagle Butte, he and Judy bought a camper so they could start their retirement dream of RVing.

Their first trip was down the Oregon coast, and they had so much fun that they were instantly hooked. The next few years they went south for the winter to Benson, AZ to enjoy a warmer climate. They were camp hosts and made many great friends and memories in their time there.

Terry very much enjoyed his family. His grandchildren and great grandchildren were his pride and joy. He was loved by many and will be greatly missed.

He was preceded in death by his parents: Harold & Marian Hurrle; and his brother, Mike Hurrle.

Memorials and condolences may be sent in care of Walker Funeral Home 410 Medical Arts Court, Gillette, WY 82716. Condolences may also be expressed at http://www.walkerfuneralgillette.com.