Memorials may be made to the Weston County Health Services Foundation or the Corpus Christi Catholic Church music program.

Kathleen earned a Bachelor degree in Music, with a minor in Education, from Loretto Heights College in Denver, Colorado in 1963. As one of Kathleen’s childhood friends said, “We all wanted to be just like Kathleen who had the most perfect ponytail, was the best driver and the best musician in band.”

She began her transformation from town girl to ranch wife on June 19, 1965 when she married Robert Tavegie. To this union, three children were born, Kelly (Bryan) Greenwald, Todd (Edye) Tavegie and Troy (Kelli) Tavegie.

Kathleen lived on the ranch on Oil Creek from 1970 until 2016. She became proficient at thawing calves, cleaning turkeys, killing rattle snakes and packing lunches for her family’s long workdays all the while maintaining a clean house, ironing laundry and teaching school full time. She made countless 4 a.m. breakfasts to feed her crew before they left for the day.

Kathleen’s teaching career began in 1963 in Upton, where she taught for two years before moving to Newcastle, where she taught at Gertrude Burns Elementary for 42 years, following that with ten years of substitute teaching. Kathleen mentored many younger teachers and it is safe to say that she had influenced three generations of students when she retired.

After her retirement she was very active on the boards of the Powder River Energy Corporation Foundation, Weston County Health Services Foundation and Weston County Concert Association. She was also a member of Weston County CowBelles, 21st Century, Chapter X PEO and Delta Kappa Gamma, traditionally hosting the back to school meeting of DKG at the ranch every September. 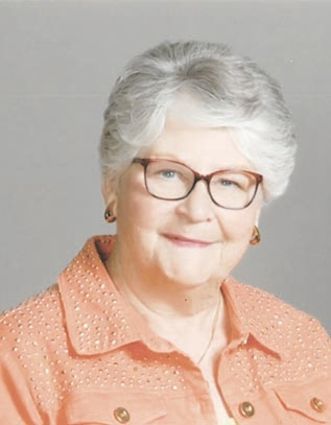 She was an integral member of the Corpus Christi Catholic Church music program. Kathleen was inducted into the Newcastle High School Hall of Fame Class of 2017. “She cut a wide swath!”

She enjoyed traveling with her sisters, family and friends, visiting Italy, Greece, England, Scotland and Ireland as well as many places within the United States.

Kathleen is survived by her children; grandchildren, Barry and Rhett Greenwald and Tell, Pate, Coen and Emeree Tavegie; two sisters, Marcia Willadson and Ann (Rick) McColley; sister-in-law, Dolores (Nick) Orfanakis and brother-in-law Don Tavegie and their families. She was preceded in death by her husband.