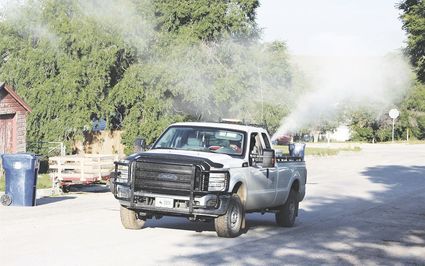 The first human case of West Nile virus in a number of years has been reported in Crook County. The presence of the disease is thought to be a result of the wet spring and summer, which has created a perfect breeding environment for local mosquitoes.

"This is the first time since I've been here, in seven years, that we've had a human case in Crook County," says Public Health Director Becky Tinsley.

"There was one other human case reported a few weeks ago and that was in Campbell County, so it's all in our little corner of the world."

Though the disease is often so mild that a person never even knows they contracted it, the symptoms can also be extremely severe. No fatalities have been reported in Wyoming, but Tinsley cautions that it's still something to be aware of.

"We've had an incredibly wet spring and summer so the mosquitoes are just like vampires out there," she nods.

"People really need to be aware of the precautions that go along with it, such as wearing more clothing and using mosquito sprays and not going out at certain times of the day when the mosquitoes are more likely to be out and about."

The Centers for Disease Control (CDC) recommends avoiding bites by applying an EPA-registered insect repellent on exposed skin; covering up with long-sleeve shirts and long pants; and limiting time outdoors between dusk and dawn. Homes can be mosquito-proofed by installing screens, draining standing water, unclogging gutters, covering wells and stored water and checking for possible breeding places, which can be as small as buckets, cans and pet water bowls.

Tinsley recommends these precautions no matter where in the county you live.

"We're a small county, so honestly it could happen anywhere. They're nasty little buggers and it spreads like wildfire amongst mosquitoes, so it could crop up anywhere in the county," she says.

If you are having mosquito issues on your land, Crook County Weed & Pest is available to help.

"We do have several different insecticides that control mosquitoes available for residents at a 60 percent cost share," says Andrew Litzel, Supervisor.

"We have sprays that can be sprayed around properties that control adults, as well as briquettes that are placed in any standing water which kill the larvae before they hatch."

Weed & Pest is also investigating the possibility of mosquito pool testing, he adds.

Four out of five people who contract West Nile virus remain completely unaware they have done so.

"A lot of people will fully recover from it and will never know, and it's not until maybe something else happens later and someone happens to run a panel and they test positive for the antibodies for it that they find out they ever had it," says Tinsley. "More often than not, that's what happens."

The incubation period for West Nile Virus is two to 14 days, after which around one in five people will develop symptoms. Most will recover quickly, according to the CDC, but the fatigue and weakness may last for weeks or months.

"Fever, headache, body aches, vomiting, diarrhea, fatigue and a skin rash can also be part of it," says Tinsley.

"That's the mild version, obviously it gets worse from there and it can be paralysis and severe headache – it looks like meningitis when it gets really severe"

The severe version affects an estimated one in 150 people who contract the virus and can affect the central nervous system by causing inflammation of the brain or the membranes surrounding it. Symptoms of severe West Nile virus include high fever, headache, neck stiffness, stupor, disorientation, coma, tremors, convulsions, muscle weakness, vision loss, numbness and paralysis. People over 60 years of age and those with certain medical conditions, such as cancer, diabetes, hypertension and kidney disease, are thought to be at greater risk.

"According to Mayo Clinic, human infection is mosquitoes and you can't catch it from casual contact with an infected person or animal," says Tinsley. "It's just the mosquitoes that are our main problem."

One report of infection may not seem very high, but it's worth bearing in mind that, typically, sufferers do not visit their doctor except in the case of a severe version of the virus. Tinsley suspects there may have been more cases in the county this summer.

"We've certainly seen some odd things this summer that we think are maybe just allergies or something else. I've had people ask me if it's possible they could have influenza right now, but we're not seeing that circulating at all, but they're not feeling good and it makes me wonder," she says.

Public Health is also seeing strep throat this summer, which is highly unusual for the time of year, as well as sore throats, headaches and body aches. 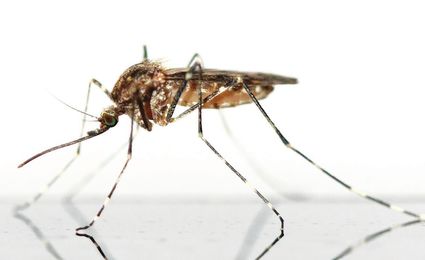 "They're not sick enough that they're necessarily going to the doctor, they're just calling and saying they have these symptoms," she says. "Of course we say that, if you're not feeling well, you should definitely go see your provider."

There is no cure or specific medicine for West Nile virus and prevention is limited to the mosquito-avoidance measures mentioned above. However, says Tinsley, supportive therapy can be helpful and includes such things as keeping a patient's fever down, pain relief and fluid therapy.

"They do testing up here at the hospital and the doctors are well aware of the signs and symptoms and are more than happy to test and treat as they are able," she says.

"I think it's always better to check with your doctor, err on the side of caution and get tested if you're worried. If you've been experiencing those symptoms and are concerned about it, contact your doctor."