William Edward Altaffer, known to his family and friends as “Bill”, was born on July 29, 1941 to James and Larena (Blake) Altaffer in Gillette, Wyoming. He married his favorite wife, Norma on May 22, 1971.

He passed away August 15, 2019, in Sundance, Wyoming, after a long battle with several forms of cancer. He is survived by his wife, children, siblings, nephews and nieces.

Bill grew up on the family ranch north of Moorcroft. He attended country school through the eighth grade. He graduated from Moorcroft High School in 1959.

Bill began his long career driving trucks when he turned 18. In 1969, he met the love of his life at the Billings Business College in Montana.

They were married on May 22, 1971, in Albion, Nebraska. They spent 48 wonderful years together.

After they were married, Bill began preaching and spent many years working with congregations in Montana, Iowa, Nebraska, Wyoming, Nevada, Oregon and Kansas. He ministered to people everywhere he went and never met a stranger.

Several times, Bill drove truck while he was preaching at a congregation. He spoke often of his adventures driving truck and how the long hours gave him time to prepare his lessons and sermons.

As Bill moved into the technology world, kicking and screaming, he started writing stories from his life. He did enjoy writing poems and stories and handing them out to people he met. 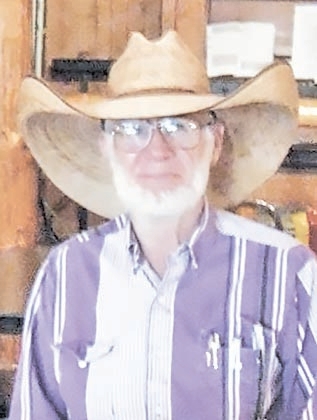 Bill enjoyed taking pictures of almost everything, especially of flowers and sunsets. When Bill discovered text messages, he used that technology as a form of encouragement, to continue to minister and encourage and share his humor, pictures and events in his life.

Bill looked forward to planting a garden every year, starting seeds inside to give them a jump start, growing impatient with the weather for not cooperating with planting season. He enjoyed eating and sharing the produce with neighbors and his children. He will be missed.

Feel free to e-mail memories to [email protected], they will be shared with family. Services will be held at 10 a.m. on Saturday, August 24 at the Church of Christ in Sundance.