Buffalo gets the best of the Wolves 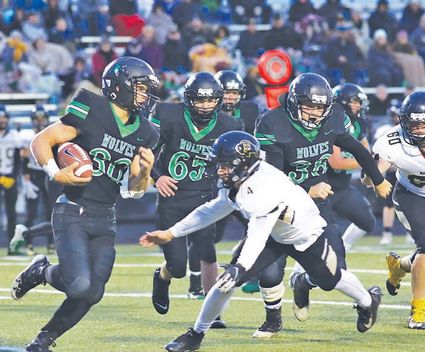 Saturday’s football game against top-ranked Buffalo Bisons was a test for the Wolves. The Buffalo team came in with a perfect record and a determination to defend their 2A state title.

Moorcroft was ready for the challenge, though; early on, the Wolves’ defense got some stops and was able to move the ball on the offense side. Even though Buffalo had the ability to score early and often, the Wolves kept battling each and every down.

The final score was 49-6, the Wolves scoring in the fourth quarter with a little bit of trickery from the old hook and ladder play.

It is Homecoming week in Moorcroft; the Wolves will take on the Campbell County Sophomore team Saturday, October 12, at 6 p.m.