Lady Wolves on a winning streak 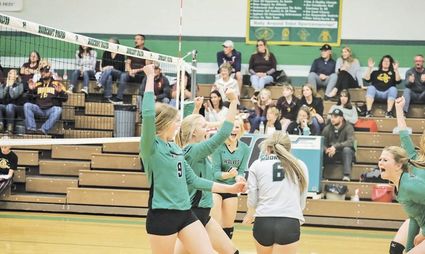 The Moorcroft Lady Wolves volleyball team is on a run, winning the last six games in a row.

I am very proud of this team for battling back after being behind the first two sets. We reset halfway through the match and played together as a team to win the last three sets and finishing strong in the fifth set.