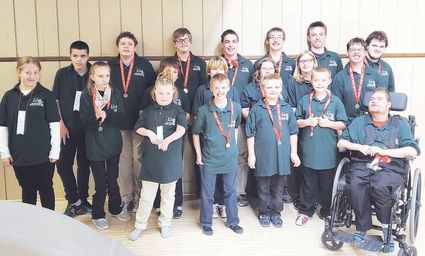 On September 26, the Crook County Special Olympics team competed in their Area Games in Sheridan. They will be competing at State Games in Casper October 10.