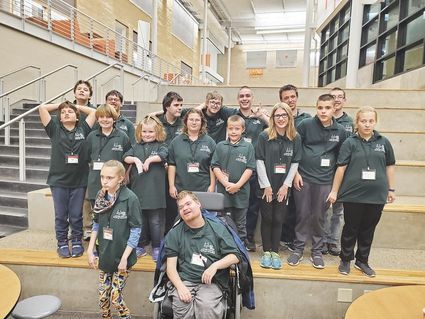 Crook County Special Olympics traveled to Casper on October 9 and 10 for their State Games. The fall tournament included 900 athletes, coaches and volunteers.