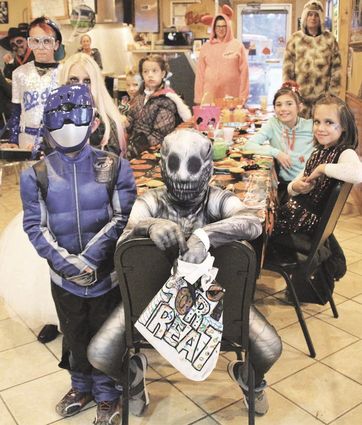 Pine Haven celebrated Halloween with style Thursday night with the fun centralized around one block. Sarah Lewis of the Pine Haven Recreation Board and associate Jenny Chatfield entertained around 35 ghouls, goblins, mice and super heroes at town hall with cookie decorating and games.

Lewis later said, “There were fantastic costumes [and it was a really fun evening.”

The food was donated by Pokey’s BBQ and Paradise Foods, cakes and sweets were provided by the community and goodie bags for kids were contributed by The Reservoir.

A good time was also had at “R” Place with over 50 youngsters coming by to decorate cupcakes with hosts Sharon Colemen and Nikki Vail, playing with friends and neighbors. This party was sponsored by the Pine Haven Chamber of Commerce, “R” Place and Paradise Foods. 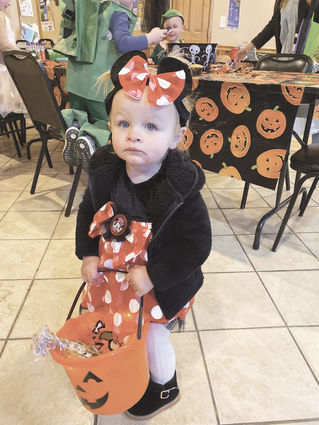 The community got involved with their “tricked” out vehicles and cool costumes, providing candy and fun to the kids at this year’s “Trunk or Treat”. Participants “Preacher” Dan and “Sister” Laverne Sipe explained, “Instead of the kids running all over town, people are just driving up here and parking their vehicles and treating them [kids] out of their trunk.”

This method of centralizing trick or treating is becoming more popular in other locations as well, according to the couple, whose granddaughter did the same at her church the previous weekend.

Everyone had a great night and Lewis is already planning the next Pine Haven Halloween Party. “Next year will hopefully be bigger and spookier,” he said.