Barry Lane Floyd, Extraordinaire passed on to the next step of his journey November 7, 2019 at the Crook County Hospital in Sundance, Wyoming.

Barry was born in Washington, D.C. on June 18, 1948, to James Floyd and Dorothy Parsons Floyd. He spent his youth living around the world as his father was a government employee.

He lived in Germany, Japan and many places in the US, graduating from high school in Newhall, California, in 1966. He joined the Marines in 1967, spending 18 months in Vietnam with 3rd Battalion, 11th Marines.

Barry was very proud to be a Marine, and maintained many lasting friendships with those he served in the war zone. He spent four years in the reserves after active duty.

Barry married Pamela Kucera and two sons were born to that union. They later divorced.

Barry continued his education after the Marines, and obtained a Bachelor’s Degree from Southeastern Oklahoma State University in Wildlife Management. His education landed him a job with the Wyoming Game & Fish in 1977.

He started as a trainee in Newcastle, became a Game Warden in Cheyenne and then Sundance in 1982. In 1987, he was named Shikar Safari Club International Wyoming officer of the year as well as Wyoming Game Wardens Association Officer of the Year.

He left the Wyoming Game and Fish in 1987 and went to work as the Wyoming Regional Director for Ducks Unlimited in 1988. He retired from Ducks in 2006. He genuinely enjoyed his time with Ducks and valued all the friendships he made over the years.

Barry was active in Rotary Club and Kiwanis and was the current Commander of VFW Post 4311 in Sundance and a past Worshipful Master of the Masonic Lodge #9 in Sundance.

Barry married Dorothy Oudin Greenwood on December 4, 1994, at the Oudin Ranch. They fly fished Ireland, Chile and the US from coast to coast, including Alaska. Barry caught all five varieties of salmon on his fly rod. He taught many people the art of fly fishing and caught a trout each month for 2.5 years before his death. 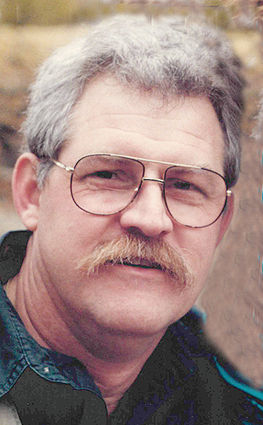 Those that went before him include his parents, grandparents, his mother-in-law Opal Oudin and stepson Rod Greenwood. Those left, that will miss him beyond measure, are his siblings, Juanita Daniel (Curtis), Carol Furhmann (Michael) and Robert Floyd (Cecily); his three sons, Reid Thompson (Ashley), Travis Floyd (Candy) and Jed Floyd (Mandi); his wife, soul mate and partner in shenanigans, Dorothy Greenwood and fourteen grandkids and more good friends than you can shake a stick at.

Barry has been cremated and his ashes will be scattered on some of his favorite fishing streams.

Memorials have been established to the VFW or Masonic Lodge # 9, both in Sundance.