Robert “Bob” Stephen Ulrich, 91, passed away on November 23, 2019, at the Crook County Hospital in Sundance, Wyoming.

Bob was born October 1, 1928, in Point Pleasant, New Jersey, to Joseph Stephen and Lena Corrine (Endres) Ulrich and raised in Seaside Heights, New Jersey, where his hotelier grandfather also ran an ice delivery business. Bob helped with the family businesses, and spent summers working as a lifeguard at the many beaches in the area.

In October 1948, Bob enlisted in the United States Air Force, and was stationed at Chanute Air Force Base (AFB), in Rantoul, Illinois. There he continued his education, receiving certification for Airplane Maintenance Fundamentals and for Airplane Instrument Mechanics.

But most importantly, Bob met Marylou Frances James in Rantoul when she worked as a carhop and waited on him and his Air Force buddies. They married in Indianapolis, Indiana; Marylou remained on her family’s farm while Bob was at Middletown AFB in Middletown, Pennsylvania, for a short time, and then served a year overseas in the Philippines.

Daughter, Roberta (Bobbi) was born in Danville, Illinois, and they moved to McGuire AFB in Wrightstown, New Jersey, where Jeanne and Stephen joined the family. Bob was then accepted into the U. S. Army Engineer Reactors Group, and they moved to Fort Belvoir, Virginia, residing in Woodbridge, Virginia, where Karen was born. Bob received his certification as a qualified Nuclear Power Plant Operator.

He and a nuclear power school classmate were offered jobs in Greeley, Alaska, so they bought trucks and prepared to pull their mobile homes to Greeley. Those jobs didn’t pan out, so they accepted another assignment to Sundance, Wyoming.

Three families moved together from Woodbridge to Sundance, each husband driving a Mack truck pulling a mobile home, their wives driving cars packed with children and household goods. That 1961 trip is a story of its own – Marylou was pregnant with their fifth child, and truck breakdowns were a common occurrence. But the most exciting part of the trip was the time the brakes went out of Bob’s truck while on a downhill stretch of road.

Sandra was born soon after their arrival in Sundance, and Susan followed two years later. Bob worked at the Sundance Air Force Station until they were closing operations, then worked out of Ellsworth AFB with the missile silo program until his retirement from the Air Force on October 1, 1970. Over the course of his military career, he received awards and commendations too numerous to list.

Bob then put his carpentry skills to work, building homes and doing remodels for many years, retiring from his second career in 2006.

Bob loved bowling and shooting pool, playing in many area tournaments. He also loved word games and puzzles and worked the Rapid City Journal’s daily crossword puzzle until a couple of weeks before his death. All of the children – his, the grandkids and later the great-grands – always asked him to make his French pancakes, a crepe filled with jam, rolled and dusted with powdered sugar. Several of the men in his family carry on the tradition. 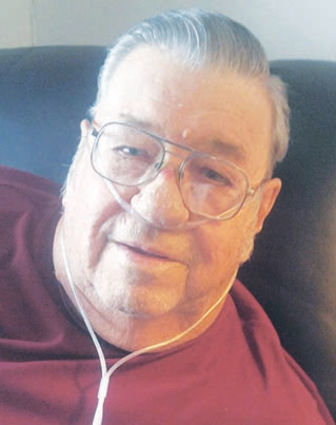 Marylou and Bob were together over 70 years, remained partners all their lives and made friends wherever they went. Bob is survived by daughters, Bobbi Scalea, Jeanne (John) Rogers, Karen Sholes, Sandra Edwards (Max Dice) and Susan (Rod) Mathis; a son Stephen (Charlene); brother George (Phyllis); 17 grandchildren; 35 great-grandchildren; two great-great grandchildren; and many nieces and nephews.

He was preceded in death by his parents and stepfather John “Jack” Thorne, his wife Marylou, sister Ruth, brother Ronald, grandson Rory and granddaughter Jamie.

Memorial service will be held at 1 p.m. on Saturday, December 7, 2019, at the Sundance Church of Christ, 369 W. Hwy 14, Sundance. Inurnment will follow at a later date. In lieu of flowers, memorials may be given to the Sundance Assisted Care or the Crook County Long Term Care. Bob was very grateful for the care both live-in facilities gave him and Marylou.

Cremation arrangements were under the care of Isburg Crematory of Spearfish. Online condolences may be written at http://www.fidler-isburgfuneralchapels.com.