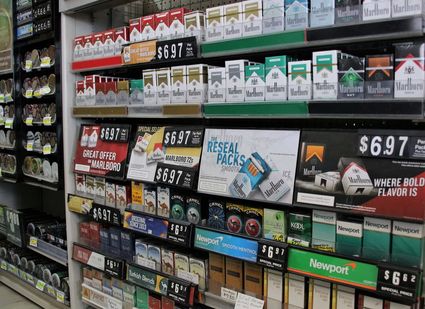 The minimum age for purchasing tobacco anywhere in the United States was raised just before Christmas from 18 to 21. The Food and Drug Administration (FDA) has not yet issued full guidance as to how this should be handled at a state and local level, prompting the Crook County Sheriff’s Office to issue a statement on how tobacco sales are to be enforced at this time.

“Regardless of federal law, the Crook County Sheriff’s Office will enforce Wyoming State Statutes regarding the sale, purchase, possession and use of tobacco products,” says Sheriff Jeff Hodge.

“Wyoming Statutes prohibit the sale to anyone under age 18 and those under 18 are prohibited from possessing or using tobacco products.”

The new law applies to cigarettes, cigars, electronic cigarettes and vaping products. It was signed into law by President Donald Trump on December 20 as part of a large spending bill.

The FDA has yet to provide clear guidance on the new federal law. Unlike most legislation, it went into effect immediately as it was simply a matter of increasing the age limit in the already existing Federal Food, Drug and Cosmetic Act.

The sheriff points to the only statement thus far issued from the FDA, which says, “It is now illegal for a retailer to sell any tobacco product – including cigarettes, cigars and e-cigarettes – to anyone under 21. FDA will provide additional details on this issue as they become available.”

While some states have already raised the age limit to purchase tobacco products, Wyoming is not one of them. Crook County Sheriff’s Office will follow Wyoming’s own laws, says Hodge, which can be located via wyoleg.gov; tobacco is governed within Wyoming State Statutes 14-3-301 through 14-3-308.

Stores selling tobacco products should heed the implications of the new federal law, advises the sheriff.

“Retailers and those that provide tobacco to anyone age 18 to 20 should consider the new federal law and the possibility that a federal law enforcement entity may decide to enforce that law within Crook County,” he says.