Take care on the ice 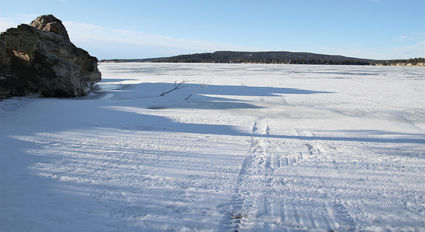 Keyhole State Park Superintendent Wade Henderson reports ice between four and eight inches thick throughout the reservoir with pressure fissures noted around Coulter Bay, Pat’s Point and Wind Creek among other areas warning of weak ice and open water. He also notes that, for reasons best known to the fish, they are not biting yet this winter.

For those who are planning to set up and try their hand, Henderson advises practicing extreme caution if they drive vehicles (especially full size) on the ice.

“You’ll be driving on eight inches and all of a sudden, you’re driving on three,” he says, adding that, personally, he would not risk a vehicle on the ice right now.

Another safety tip is to keep clear of the marina as they employ aerators to keep the docks free of ice; this means thinner ice and open water as one gets closer. As of the first week of 2020, there have been no accidents reported at Keyhole State Park.