Wolves wrestle their way to third 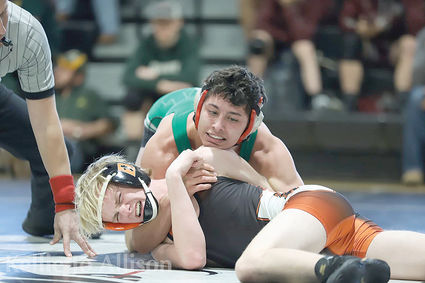 The Wolves wrestling team traveled to Hettinger, ND this past weekend to compete along with 17 other teams in the 2020 Hettinger Classic Tournament. There, they finished with two champions, four runners up, many placers and a third place finish as a team. Individual results were:

Champions - 145 Parker Seeley and 182 Rowdy Pfeil, who pinned every opponent he wrestled. Both champions went 7-0 for the tournament and accomplished high individual stats. For the tournament as a whole, Rowdy led with the most team points with 44 and Parker with 42. Rowdy also had the most pins in the least amount of time with seven pins in 13:44.

Second Place - 120 Mica Herrera, who won all his matches until the finals, where he lost a battle by decision, 5-4, Mica also had the most single match points for the team with 14 and the most total match points with 48; 152 Darrian Black went 5-2 for the tournament, making it into the finals with a pin in 3:37 in the semifinals; 160 Hunter Garoutte went 5-2 making it into the finals where he lost by decision, 8-5; 220 Parker Schlater went 5-2 for the tournament, losing in the third round and wrestled his way back into the finals where he met the same opponent he lost to, there he lost by decision, 7-4. For the tournament as a whole, Parker placed 4th in the fastest fall with a pin in 0:13 and also scored the third highest points for the team with 28. 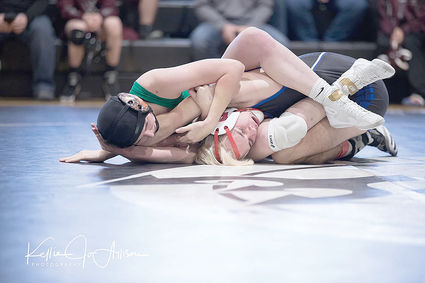 Other placers were, 132 Richie Allison, 145 Gavin Reynolds and 285 Wyatt Jarman.

Next up for the Wolves is the 62nd Annual Cowboy Invitational in Miles City, MT, this Friday and Saturday. Also coming up this month is the triangular with Custer, SD and Glenrock on the 17th and the tenth annual Moorcroft Mixer on January 24-25.