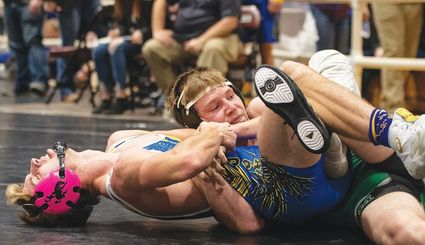 The Wolves wrestling team traveled to Riverton this past weekend to wrestle in the all state, all class Ron Thon Memorial tournament. The tournament consisted of 41 teams from across the state of Wyoming, all competing for the championship belt.

The Wolves placed ninth as a team, being the only 2A School to place in the top ten. Individual results were:

Second Place: 182 Rowdy Pfeil pinned his way into the semifinals where he won by decision, 7-5 to advance into the finals. There, he lost by decision, 5-3 to place second.