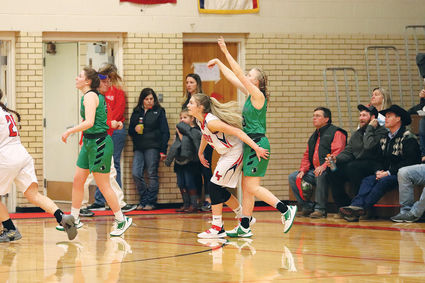 On Friday night, the Moorcroft Lady Wolves took on the Moguls from Edgemont, SD. The Junior Varsity started the night.

The Wolves were able to take an early lead into the half with their defensive pressure and timely baskets. The second half got close and saw Edgemont pull away at the end for a 35-28 victory. Coach Hulm felt that the team worked hard, but just needed to work on closing out this game.

The second half was all Lady Wolves as...