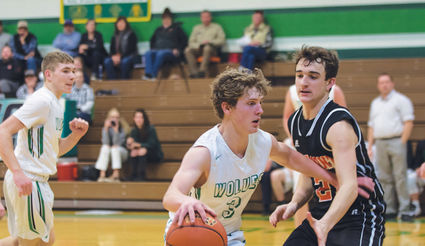 Last weekend, the Wolves took on the Edgemont Moguls for the second time this year. The game before Christmas has the Wolves and the Moguls ready for another opportunity to play.

This game proved to be anything but easy for the Wolves as the Moguls were ready to avenge their earlier loss. The Wolves would start off early and often maintained a double digit lead through most of the game and bested the Moguls, 54 to 41.

The second game of the weekend featured a trip to Lusk to take on the Niobrara County Tigers. The Wolves would get down early, but battled back to tie the game early. Sco...