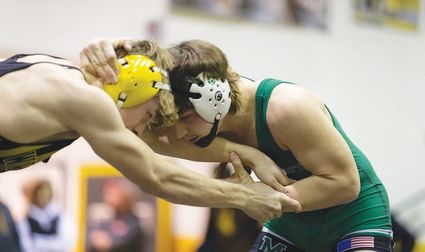 The Wolves wrestling team wrestled in the Powder River Conference Duals this past Thursday in Wright. The team came away with four All Conference Champions and second place as a team.

Next up for the Wolves is the 2A East Regional tournament this Saturday, February 22, in Lingle, starting at 9:30 a.m. where they will be taking 19 wrestlers to qualify for the state tournament on February 28-29 in Casper.