Kimberly Anne (Sedlacek) Jones was born in Parkston, South Dakota, on August 22, 1968, to Richard and Karen (Hunhoff) Sedlacek. Kimberly joined one brother, Daniel, and her two sisters Christy and Cindy were born soon after. Kim passed away peacefully in her sleep on February 23, 2020, after being diagnosed with ALS just six months earlier.

Kim grew up on a farm and attended elementary school in Tripp, South Dakota. In 1981, her family moved to Custer, South Dakota, where she graduated in 1986.

Kim enjoyed riding horses, cutting wood and playing cards with her father. She got her love of math from her mother and they enjoyed working on puzzles together. Her brother Dan taught her to take chances because you only live once, while Christy taught her to stay calm but use a loud voice and Cindy taught her to work hard and pamper yourself.

While attending Chadron State College, earning a teaching degree in mathematics, she met the love of her life, Tracy Jones. They were married in August of 1990, moved to Wyoming and had two sons, Joshua (Elaine) and Justin. She has two fabulous grandchildren, Drezdan and newborn Zaiya (who Kim lovingly referred to as Mik).

Kim loved spending time with her family anywhere outdoors. They loved hiking, fishing, rafting and camping. Joshua got his love of reading and math from his mom and Justin perhaps got his love of sports, especially basketball, from her (Go Jayhawks!).

Kim and Tracy spent as much time as possible traveling. Whether to the mountains, a family’s sporting event, a weekend in Vegas or a cruise to another country, they were always on the go.

If not traveling, Kim might be found dumpster diving with Cheryl and Peggy. They could never seem to pass up a good bargain.

Kim taught in the Moorcroft schools for more than 26 years. She not only loved teaching, she loved her students, her library, mathematics and her lunch buddies. She had a quirky sense of humor and loved to joke with her students. Find Ann and ask about the big dog show sometime or the night stand by her bed.

Kim found another family at the Catholic Church of St. Patrick’s in Moorcroft. She was very thankful for all they have done for her throughout the years, and hopes for their continued prayers.

Kim was preceded in death by her grandparents; her father-in-law, Jesse Jones; a favorite cousin, Dean Hunhoff; and relative, Emil Brezina.

Mass of Christian Burial for Kim will be held at 10 a.m. on Friday, February 28, 2020, at the Moorcroft Community Center in Moorcroft, Wyoming. A luncheon will be held at the center following the service. Rite of Committal will follow at Black Hills National Cemetery in Sturgis, South Dakota.

In lieu of flowers, donations may be made to The Kim Jones Scholarship Fund (Pinnacle Bank, PO Box 100, Moorcroft, WY 82721). Each year a college scholarship will be awarded to a Moorcroft High School senior pursuing a math degree. 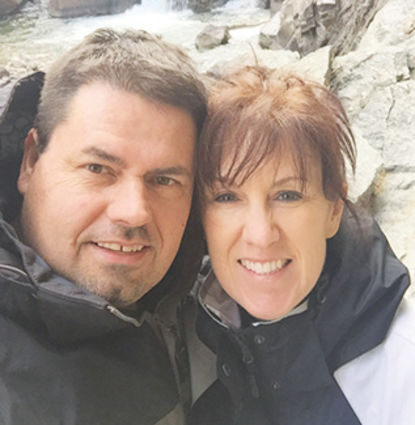