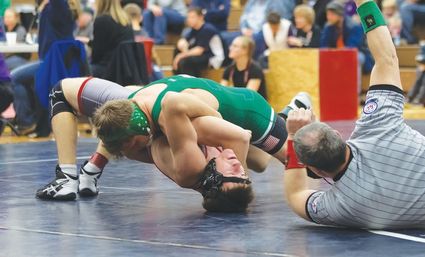 The Wolves wrestling team wrestled in the 2A East regional tournament this past Saturday in Lingle. There they competed against ten other teams from the east to fight their way to a first place finish.

They had eight in the finals and six individual championships. The Wolves took 19 wrestlers to regionals and qualified 17 of them for state. Individual results were: