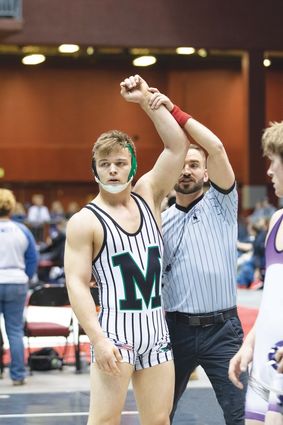 The Wolves wrestling team finished up their regular season this past weekend at the Wyoming High School Athletic Association State Championships in Casper. They qualified 17 wrestlers for the tournament and made quite a showing with placing ten of those wrestlers, nine of them in the top three.

Coach Williams says, “The Wolves had their single best day of wrestling on Saturday, for their eight year run. We...