Louis Francis Dillinger (Lou), 77 Laramie, WY passed away on February 26, 2020 at Ivinson Memorial Hospital after battling cancer. He was born in Gillette, WY October 29, 1942, son of Earl and Marie Dillinger

Lou grew up on the family ranch outside of Moorcroft, WY along with five brothers and sisters. He went to Moorcroft High School and was active in 4-H, FFA, band and other school activities.

He came to Laramie to attend the University of Wyoming. He joined ROTC and played trumpet in the marching band.

Lou and Carol Lee Blodgett met at the Baptist Student Union where he was an active member. They were married in Laramie on January 26, 1963 and were together for 57 years.

There was no job too big or too small, and he installed the majority of residential, governmental and commercial irrigation systems in Laramie during the 70s, 80s and 90s. He took on many notable projects including several local schools, many university buildings, city, county and area businesses.

Lou was always smiling and quick with a witty reply. He loved his work and would stop and help everyone who asked.

He served as a scout leader, was a member of the Laramie Chamber of Commerce and was a lifetime member of the Loyal Order of the Moose. He and Carol loved dancing and spent many years square dancing at Quadra Dangle and bowled in men’s and couples’ leagues.

He loved following his grandsons throughout the country watching their sports activities. Lou was a season ticket holder of Wyoming football and basketball and loved going to Bowl Games and tournaments to cheer on the Cowboys.

He retired and sold the business in 2011 and joined the Seniors On the Go hiking group. He and Carol went on many trips visiting 48 states, Mexico and the Caribbean as well as a ten-day trip to China. Recently Lou and Carol spent winters in Arizona in their motor home, making many new friends in Yuma. 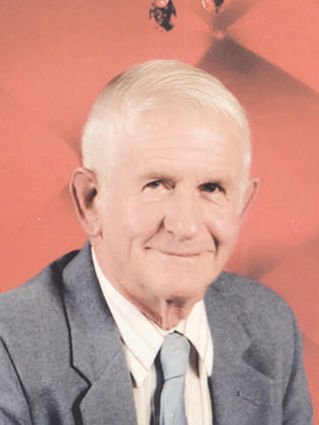 In lieu of flowers, memorial donations may be made in Lou’s name to the Meredith and Jeannie Ray Cancer Center c/o The Ivinson Memorial Hospital Foundation, 255 N. 30th Street, Laramie, WY 82072.

Go to http://www.montgomerystryker.com to send condolences or to sign the online guestbook.