Ross John Garman, 58, of Sundance, Wyoming passed away peacefully on Sunday, April 12, 2020, 20:20 at Crook County Memorial Hospital in Sundance with his four daughters and wife gathered around him when Jesus unexpectedly called him home.

Ross was born July 23, 1961 to Mary S. Garman and Neal A. Garman of Sundance, Wyoming.  He attended school and graduated from Sundance High School in 1979.

Ross then returned to the home ranch on Miller Creek where he continued to ranch for the remainder of his life. Ross married the love of his life, Pamela Dawn Rush, in January 1988 and they continued to live on the ranch and raise their family there. Ross bragged that he was diversified because his wife worked in town.

Ross was a certified crop appraiser and contracted with Farm Bureau Insurance Services to adjust crop insurance claims for the company and also adjusted for the Farm Service Agency, when he wasn’t serving as a current board member. He was blessed to meet and assist many ranchers in northeast Wyoming and developed many life-long friendships during these years.

Ross never met a stranger and it was guaranteed that wherever he went, he would know someone and would always take the time to visit with them. Ross loved life, had a sense of humor and always had a positive outlook, regardless of his circumstances.

He survived a near fatal four-wheeler accident May 2018, a cancer diagnosis May 2019 and most recently, an EGPA (Churg-Strauss syndrome) diagnosis in December 2019 which contributed to his sudden passing.  He never complained regardless of what came his way and he always had a smile on his face and a twinkle in his eye.  He always had a story to share and many people enjoyed lengthy visits with him. 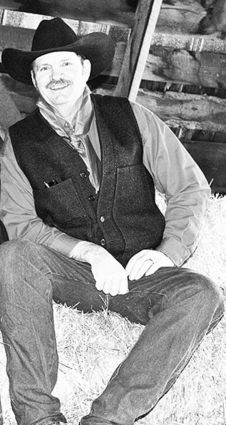 He is also survived by his siblings, Jeff (Jackie Kary) Garman, Wayne (Dixie) Garman, Christina “Tina” (Steve) Wood, and many nieces, nephews and cousins.  Ross is preceded in death by his grandparents, his mother Mary, father Neal and sister-in-law, Becky L. Rush.

Cremation has taken place and a public memorial service will be held at a later date.  In lieu of flowers, donations can be made to Crook County Medical Services District - EMS, Crook County Search & Rescue or Devils Tower FFA. Arrangements are under the care of Fidler-Roberts & Isburg Funeral Chapel of Sundance.