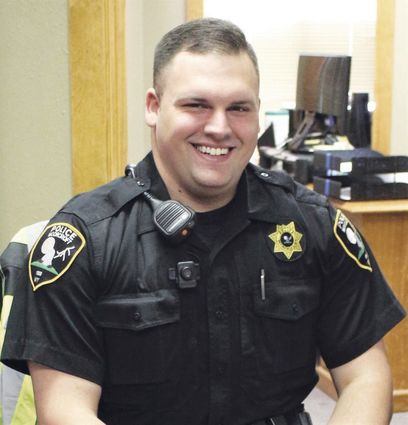 Eric Henshaw of Pennsylvania has joined the Moorcroft Police force for 16 weeks of field training, learning under the auspices of Chief Bill Bryant, with whom he is riding and working in the office. He anticipates attending the police academy in January.

The retirement of former Chief of Police Doug Lundborg created a vacancy into which Sergeant Bill Bryant has been advanced, leaving an opening for an officer in the department.

After leaving the military, Henshaw had applied in Pennsylvania and Alabama, where he lived for a short time before coming to Moorcroft, but “there are so many ap...