Michael Alex Imberi, 59 of Sundance, Wyoming, left us peacefully on June 5, 2020, for the next part of his journey after a long battle with cancer.

Mike was born to Alex and Jean Imberi on December 19, 1960. He was grateful to grow up with his siblings, Debbie, Brenda, Dave, Sandi and John.

Mike and his family moved to Rapid City, South Dakota, in the 1970s. He learned many trades in his lifetime; wrench head, builder, mason, painter, loved his dirt work and developed a love for motorcycles, designing and building his own chopper.

During this time, Mike created Imberi Excavating, he also took pride in building his own home and garage.

Mike and Roberta divorced in 1999. Mike traveled for the next few years working dirt up and down the west coast, eventually ending up in Rapid City. In 2007, Gillette, Wyoming, became Mike’s home.

In the summer of 2007, he met the love of his life, Kelly. Mike then moved to Sundance. Together they rode many Harley miles everywhere they could go on a weekend.

Mike was known to take his bike places cars wouldn’t go! Kelly traveled off and on with Mike when he was a road dog for Fisher Industries. The man loved his dirt.

He retired in October 2016 to deal with his cancer. During his retirement he built a garage with living quarters on the second story as ‘therapy’. 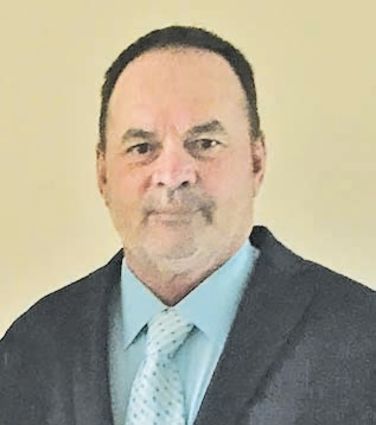 Mike was a praying man, so take a moment and say a little prayer. Celebration of Life for Mike will be on the 4th of July at 2 p.m., 206 Cleveland, Sundance.

We ask that everyone bring their own chair, so you have a place to sit. We will be BBQing after the service, cheeseburgers of course (Mike’s fave)! Please bring a salad, dessert, finger food to share.