Collin Jones was the kind of friend that everyone wishes they had, the kind of guy who would do anything for anyone with no questions asked nor any expectations of anything in return other than a smile of appreciation.

His outgoing and charismatic personality could turn a stranger into a forever friend. Collin’s smile came from his heart – sometimes a little mischievous, his smile was also know to get him into a little “fun” trouble – he did love having a good time when he wasn’t working at 150% because 100% to any job was never enough for CJ.

His work ethic was learned early and it was to observe, learn and get it done to the best of his ability – this earned him the respect of his employers.

Collin was born September 30, 1959 to Gary and Joyce (Schneider) Jones in Newcastle, Wyoming.  The family lived in Moorcroft until they moved to Casper so Collin could attend the Wyoming School for the Deaf.

Collin loved any kind of sports: baseball, football, water sports, whether it was watching them or playing with his team, but hockey became his number one sport.  This took Collin and his parents on a journey that they never dreamed of – all the way to Chicago to train with the legendary stars of the Chicago Black Hawks.

The dream continued on and the boy from Wyoming made the US Deaf Olympic Hockey Team, playing against both semi-pro and professional hockey teams in the United States and Canada.

Collins life was cut short on July 10, 2020 at Alcova, which ironically was his favorite place to be as he loved boating and the lake life. 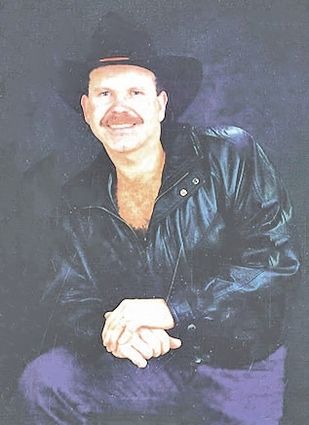 Collin is preceded in death by his father Gary, his brother Steven and his grandparents.  He is survived by his mother Joyce, his fur babies Missy and Martini, a family that adored him and by so many special friends.

Patricia – words cannot express our feelings knowing how very happy Collin has been for the last two years because you were in his life.

From Collin’s family “Thank you!”

If your life was touched by Collin, you have truly been blessed.

“Kindness is a language that the deaf can hear and the blind can see” – Mark Twain.