He attended a rural school through the eighth grade and graduated from Hulett High School in 1965. Dick enlisted in the US Navy and left in a blizzard on April 19, 1966, arriving in Denver, Colorado, 12 hours AWOL.

In 1967, while home on leave from Vietnam, he married his high school sweetheart Evva L. (Lynn) Hauber on August 16. They were together only 45 days the first year of marriage because Dick was deployed on another tour in Vietnam. In August 1968, Dick was stationed in Okinawa, Japan and Lynn spent a year there with him.

After being honorably discharged in October 1969, Dick went to work for WYDOT in Sundance for a year and then transferred to Gillette. Later, he worked at a coal mine and then became the Shop Foreman for Campbell County Road and Bridge for 15 years.

He retired in 1995, and they moved to the ranch on Barlow Canyon to live the peaceful life of ranchers. Dick always had his dog on the back of the four-wheeler, spent many hours attending grandson’s sports, hosting family “Red Neck Games” and lived every day to the fullest.

Riding his Harley Davidson motorcycle, or spending the evening in Deadwood, was about as close to “traveling” as he enjoyed. He and his ’65 Mustang and the ’64 Galaxy attended several area car shows, in the area. 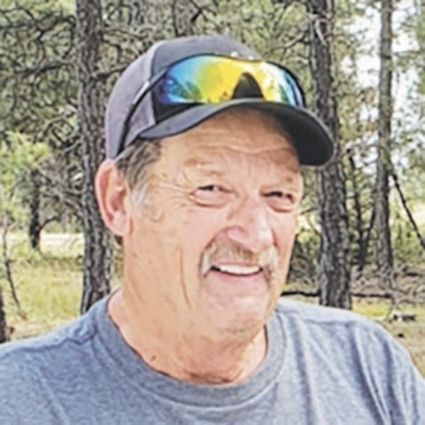 He truly lived by the motto: “All you are gonna get out of life is what you eat, drink and enjoy”.

A memorial service will be held at 10 a.m. on Saturday, September 19, 2020, at the Greater Hulett Community Center in Hulett. A private family interment will be held at a later date.

In lieu of flowers, memorials may be made to the Roy Montgomery American Legion Post #80 or the New Haven Community Building Fund.