Arlo Lee (Al) Ellefson, was born January 26, 1940 to Harry B. Ellefson and Ellen (Palmer) Ellefson In Minneapolis, Minnesota. Al grew up in Northfield, Minnesota and received his GED from Northfield High School.

While in the Air Force he met and married Madonna Lenz in 1960. Al and Madonna had four children, Kirk, Kristen, Keith and Kim. Al and Madonna later divorced, and he married Linda (Redding) McAmis at Devils Tower, Wyoming.

Al entered the Air Force in July 1957, serving until 1983. During his time in the military he lived in Iowa, Alaska, Texas, Oregon, Washington and Wyoming.

Eleven months of those years served were in Viet Nam, between 1967 and 1969. He was stationed at FE Warren Air force Base, Cheyenne, Wyoming, when he retired, loving the open spaces, fishing and hunting in the State of Wyoming so much that he lived the rest of his life there.

His support of veterans began with his first employment for the State of Wyoming in 1984 as a Veterans Benefits Counselor with Job Service serving in Casper and Gillette, becoming manager of the Gillette office for a while. During this time, he became a Life Member of the Veterans of Foreign Wars (VFW) organization.

In the VFW, Al was involved at multiple levels (post, district, state and national) to support all veterans. He was a member of the American Legion and served as a post officer for many years.

He was passionate about wanting to help veterans receive the benefits they had earned serving in the military. After he retired from his state job, he and Linda moved to Hulett where he remained active with the VFW and the American Legion.

He also enjoyed playing golf – in all he loved being outdoors, enjoying the beauty of the area. He served on the Wyoming Veterans Commission, was a member of Masonic Lodge #44 of Hulett and a member of the Inyan Kara Shrine.

Some of the fondest memories, always discussed at family gatherings, were the 4th of July. As a true patriot, Al loved this country and the celebration was a great time for the entire family to get together and have some fun.

Al, along with his sons, seemed to always find a way to make the time exciting. It is a true wonder no fires were set, no one died and nothing was extensively damaged.

Al loved to be busy and was fiercely independent, somewhat of a thrill seeker. He logged 267 parachute jumps, practice, competition and exhibition. He built and raced a limited speed boat while living in Washington, as well as assisted with emergency services during boat races. 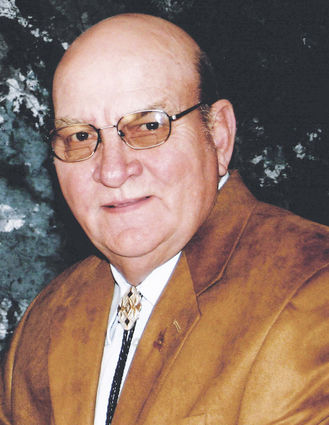 Memorials have been established to American Legion Post 80 and Hulett Ambulance Service.

A celebration of life will be held at 3 p.m. on Friday, October 9, 2020, at the Greater Hulett Community Center in Hulett.

Due to the COVID19 pandemic, a private family-only interment with full military honors will take place on Friday, October 9, 2020 at Black Hills National Cemetery near Sturgis, South Dakota.