Ryan Royal Neiman, 39, passed away November 9, 2020, in Spearfish, South Dakota, with his wife, Sonnie, by his side after a courageous, hard-fought battle with cancer. He was born August 12, 1981, in Sheridan, Wyoming, the first of two sons of Nikki and Kent Neiman.

He grew up in Hulett, Wyoming, where he spent his childhood summers playing baseball and working on the Neiman 77 Ranch with his uncle Russell. High school was filled with football, basketball, academics and multiple extra-curricular activities including FFA and choir. He graduated from Hulett High School as part of the class of 2000.

Ryan attended the University of Wyoming, where he obtained a Bachelor’s degree in Animal and Veterinary Sciences. After graduation, Ryan moved to Powell, WY to work for Cow Country Genetics, where he learned the process of embryo transfer.

Shortly after, Ryan moved back to Hulett to work on the ranch and set up his own embryo transfer lab. Ryan and Russell spent many days on the road, touring herds and meeting countless friends looking for what would one day become the foundation of Neiman Cattle Company.

After returning to Hulett, Ryan also became very active in the high school football program, first as a volunteer, then as an assistant coach and finally as the head coach. His love for football was a close second to his love for cattle and he immensely enjoyed his time as a coach and mentor of the young men of Hulett.

Ryan was coaching when he met his wife Sonnie in August of 2011, when she started her job as Crook County School District’s athletic trainer. Ryan swept her off her feet when he came to her rescue in Moorcroft after her car had been hit in the parking lot, leaving her stranded.

They were married September 14, 2013, near Hulett on the banks of the Belle Fourche River. They are blessed with three beautiful daughters, Kaycie Nicole (5), Sutton Reese (3½), and Royce Marie (2). The family of five was baptized in that same river this past summer.

Ryan possessed a zest for life that was admired by all who knew him and was evident in all of his endeavors. Even though he knew and experienced much strife in his life, he was forever an optimist, and could always find a silver lining. Family was everything, and the joy and love he experienced through fatherhood was unmeasurable. Ryan never met a stranger, was always ready for a fun time and never sat out of a good karaoke song. 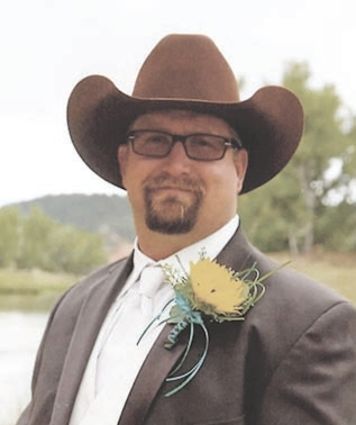 He was preceded in death by his brother, Kasey; mother, Nikki; and maternal grandparents Roy and Doris Carlson.