Michael "Mike" Olson, 73, of Moorcroft, Wyoming passed away on January 4, 2021 after losing his battle with lung cancer.

Mike was born to Toralv and Eileen in Brainerd, Minnesota. From there the family moved to Montana where Mike spent his childhood and graduated high school.

Mike then served in the marines from 1967-1970 where he ranked as a sergeant and was a machine gunner in Vietnam. During this time, he also met the love of his life, Kathleen Noble, at a bowling alley in Barstow, California.

They married in February 1970, enjoying over 50 years together. Mike and Kathy started their family in 1971 with the birth of their first daughter and two more daughters by 1976 raising their family in Moorcroft.

Mike worked in the maintenance department for BNSF for over 30 years where he retired from at the age of 60. Mike's best years came after retirement where he enjoyed spending time with his family.

Mike was always bringing joy to everyone around him by telling his funny stories, always singing his silly tunes and would lighten up any room with his smile. Mike never knew a stranger, if he wasn't at home sitting on his swing waving at the neighbors you could find him at the nearest auction finding his treasures.

Above all things, Mike was an amazing father, a wonderful husband and even better grandfather. Mike was very loved and will be deeply missed. 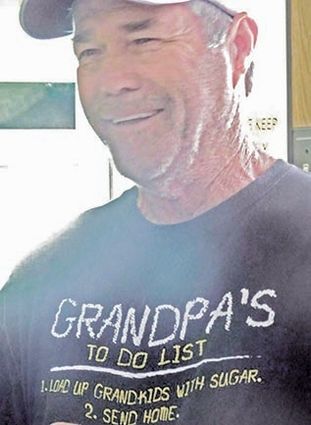 He is also survived by his brothers and sisters, Mary Lownds, Donnie Olson, Larry Olson, Bruce Olson, Mark Pettibone and Pam Bruce, as well as numerous nieces and nephews.

Mike was preceded in death by his father, Toralv Olson, his mother, Eileen Pettibone, and stepfather, Walter Pettibone, his brother, Laverne Olson, and his granddaughter, Kaylee French.

Memorial services for Mike will be planned and held at a later date. Memorials and condolences may be sent in care of Gillette Memorial Chapel 210 West 5th Street, Gillette, WY 82716. Condolences may also be expressed at http://www.gillettememorialchapel.com.