Rita Joyce Smithburg passed away at home in Sundance, Wyoming on the morning of January 4th, at the age of 76.

Rita was born on August 21, 1944 in El Centro, CA to Wilmar and Joyce (Lingscheit) Ernst. When Wilmar was discharged from the marines the family settled in Draper, SD, where Rita grew up and graduated from high school in 1962.

On July 21, 1962, she married John Feddersen. From this union were born two daughters, Joni and Juli.

In 1969, they settled in Estelline, SD, where Rita began working at the hospital as a nurse’s aide and discovered a passion for healthcare. In 1978, they moved to Moorcroft, WY where Rita continued her work in healthcare as an EMT. She excelled at her career and went on to become the EMT Supervisor at AMAX Coal Mine.

In April of 1986, Rita married the love of her life, Bill Smithburg. The couple were an integral part of the Draper community where Bill started a trenching business and Rita worked for the State of South Dakota. She became a master gardener; all of their grandchildren would spend their summers in Draper with them.

Upon their retirement, Bill and Rita decided to buy a camper and travel the United States. They would sell pumpkins in the fall and Christmas trees in the winter.  During the remainder of the year, they enjoyed visiting family and traveling to new places together.

When Bill passed away in the February of 2006, Rita sold the camper and moved to Sturgis then Upton and eventually settling in Sundance to be close to family and friends. She spent the last several years watching her great grandchildren grow and spending time with friends. 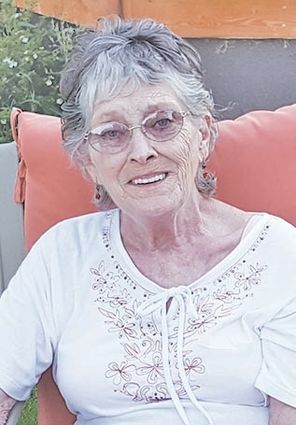 Rita was preceded in death by her parents, Wilmar and Joyce Ernst, and husband, Bill Smithburg.

Services will be held at 2 p.m. on Saturday, January 16 at Black Hills Funeral Home in Sturgis, South Dakota.

Friends and family may sign her online guestbook and leave written condolences for the family at blackhillsfuneralhome.com.