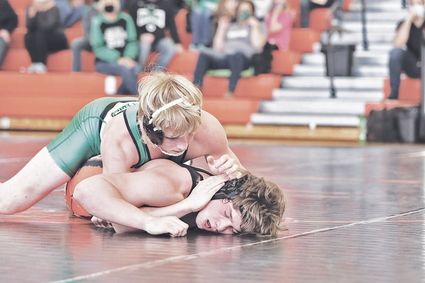 The Wolves wrestling team traveled to Thermopolis and Powell this past weekend to wrestle duals against, Hulett, Star Vallley, Worland, Powell and Cokeville. There, they faced some tough 2A and 3A competition, where open weight classes were filled amongst the teams and many exhibition matches were given making for lots of wrestling and great mat time. Individual duals were:

Next up for the Wolves is the Hulett quad this Saturday the 16th in Hulett where they will meet up with Hulett, Sundance and Shoshoni.