Garrett Lee Carver was a caring father, son, brother and friend, who left this world suddenly on January 14, 2021, at the age of 29 in Casper, Wyoming. He was born May 23, 1991 in Louisville Colorado.

Garrett and his family moved to Wyoming when he was six and, after graduating from Moorcroft High School in 2009, Garrett attended Laramie County Community College and later made Casper his home.

A true outdoorsman, Garrett enjoyed hunting, motocross, camping, riding his horse, but most of all, he loved spending time with his son, Loncey. He will be remembered by friends and family alike, as a gentle and doting father, with a big smile and a kind heart. He will also be remembered for his love of Coca Cola and beige foods. 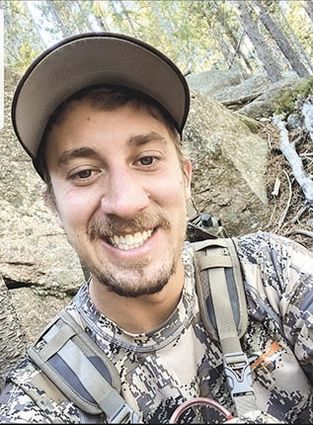 He is preceded in death by his grandfathers Earl Carver and John (Jack) Mahan and his grandmother Shirley Mahan.

A small memorial service will be held February 20 at 1 p.m., at Newcomers Mortuary, 710 E 2nd St, Casper, Wyoming, with a celebration of life being held later when all of his family and friends can gather outside.

In lieu of flowers, a memorial account has been set up and the family respectfully requests that any donations be made to the Garrett Carver Memorial Account care of Reliant Federal Credit Union, Casper, Wyoming.