Larry Petersen of Pine Haven, Wyoming, 80 years old, died February 6, 2021, after a short battle with cancer, at his daughter Dawn’s home in Sundance surrounded by his daughters and family.

Larry was born to Woodrow and Marlys (Stewart) Petersen in Gillette, Wyoming, in 1940 and raised on the Petersen Ranch off of the Old Sundance Road. During his early years, he was awarded the nickname the “great white leader” for he was often instigating trouble around the ranch with his siblings.

In some of his younger years, he lived with his grandparents and attended Rozet School. He went to High School in Moorcroft, Wyoming, where his mischievous charm followed.

You could find him smoking in the football huddle, winning the title of both Homecoming and Prom King, and graduating in 1958. Soon after graduating, he married his first wife Carol (Fullerton) Petersen with whom he had his three beautiful daughters that they raised in Sundance, Wyoming.

Through the years he used his handy skills working at American Colloid, Petersen Lumber and Grain, Energy Electric and Lambert Construction. The years went by and he moved back home to the Petersen Ranch after retirement.

He spent the later years of his life reading many books, practicing his golf swing, playing poker with his friends, hunting and spending time with his two beloved dogs, Sky and Gabby. 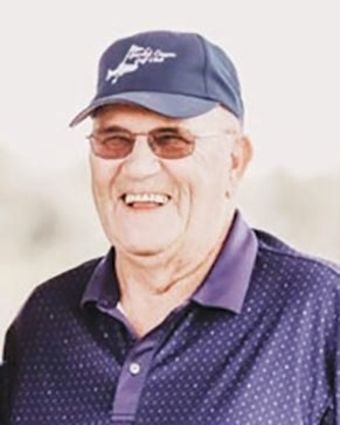 He is preceded in death by his parents, Woodrow and Marlys Petersen; his second wife, Rida (Brunson) Petersen; and his three grandchildren LaTisha (Peplow) Houston, Jeremiah Jundt and Derek Hunt.

Cremation has taken place and services will be held on a later date. In lieu of flowers, donations can be made to Crook County Library or Crook County Senior Services. Please send to: Dawn Peplow, PO Box 533, Sundance, WY 82729.