Home in Rifle Pit Rd. area lost in one of three fires on one day 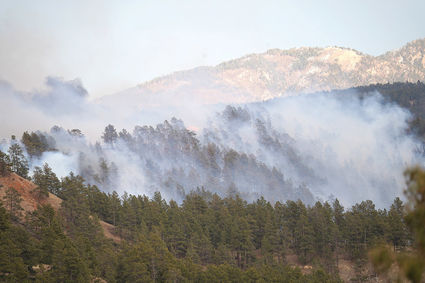 Three fires on Saturday can all be traced to a similar cause, including one blaze that entirely consumed a family home. Each began as an old slash pile that continued to smolder for several days before reigniting.

The largest of the fires took place in the Rifle Pit Rd. area east of Sundance and reached an estimated 104 acres in size. Firefighters arrived on scene around 4 p.m. to tackle it, says Fire Warden Doug Leis.

“It was a pretty violent fire,” he says. “It was the type of thing where you’ve just got to stay away from it until you can get a plan and attack it. The winds were r...