Bob was known affectionately to family and friends as "Pedro", a nickname given to him by his Uncle Ron. He was born to Jefferson Everett Vore, Sr. and Barbara Ann (Waldo) Vore on January 12, 1964, in Laramie, Wyoming. He joined older sister, Taleen "Tally" Elizabeth.

When he was one month old, the family moved to the Vore family ranch near Beulah, Wyoming. Younger brother Jefferson Everett "Punk" Vore, Jr. joined their family on November 29, 1964.

As a youth, Bob was active in 4-H, exhibiting orphan lambs and market hogs at the Crook County Fair. Ranch life was always most important to him, especially raising animals, farming and haying.

At ten years old, he began driving the tractor and haying. While growing up, Bob was his Grandad Vore's shadow on the ranch, admiring and learning from him.

The three Vore siblings had countless adventures and just a little mischief growing up. A neighbor once referred to Bob and his brother, Jeff, as the "wild wolf pups growing up by the creek."

They also had their own creative and unique language/lingo. Going to Beulah to get the mail was "go to Boo Loo to get the mail-o" and "two-Louie baboos" were old tractors with two small wheels close together in front.

Bob attended school in Sundance until moving to Moorcroft, Wyoming, in 1981, where he graduated from high school in 1983. He worked on the family ranch and in the oil fields throughout high school.

After graduating from high school, he spent a short time working on a ranch in Texas, before moving back to Moorcroft to continue working in the oil fields. Bob then moved to Torrington, Wyoming, to attend Eastern Wyoming College, where he obtained his associate's degree in mechanics.

Bob moved back to the Sundance/Beulah area in 1999. He worked for Roger Croell on the Croell Ranch, then worked for Zandstra Construction and RCS Construction.

In 2004, he started his career as an operator, truck driver and heavy haul driver for Oftedal Construction. During this time, he delivered equipment to numerous places in Wyoming and Montana, making many close friends.

In 2010, Bob started working at Timberline Services, Inc. in Sundance. He was a truck driver but could also run any type of heavy equipment or fix almost anything. He took pride in his work and how Timberline had grown as a company over the years.

Bob was working for Jagow Enterprises as a truck driver at the time of his death. Bob and his boss, Brandon, clicked. They had previously worked at the same company over 20 years ago, but had not known each other. They worked well together; they both worked hard, and so made time for their families.

In a chance meeting in 2005, Bob met Beth Marie Lill. They made their home in Sundance, where they were close to both of their families.

Although they were viewed as an unlike match, they just made it work. They built a stable, loving home and life together over the last 17 years.

On August 6, 2011, they welcomed their son, Gage Denin Vore. Gage looked up to his dad as the guy that could fix anything, drive anything and tease him like no other.

Gage was only a couple of weeks old when he took his first ride in his Dad's truck. They spent hours together at the shop, riding in equipment, hauling rock and equipment, playing at the gravel pit, planting a garden, riding rollercoasters, digging in the dirt, watching M.A.S.H. and wrestling and teasing each other. Gage has his dad's eyes, his growly bark and his ability to visit with strangers.

Bob was hard-headed, stubborn beyond words, and loved to play pranks and tease. He was the hardest worker with an impeccable work ethic; his truck and trailer were meticulous and he was always early for work, and always had an endless supply of fireworks and Copenhagen.

Bob would say, "you can't get a full day of work in if you don't get up in the morning." He would jokingly greet coworkers that arrived on time, not 30-60 minutes early like him, with "well good afternoon" or "good morning/afternoon ladies."

He loved to talk, whether in person, on the phone or on the mic in his truck. His Uncle Ron said "he had more friends than people I know." He was loyal and caring and would do anything to help friends and family. Bob loved shiny chrome and that "sweet chimney music" of a set of straight pipes. 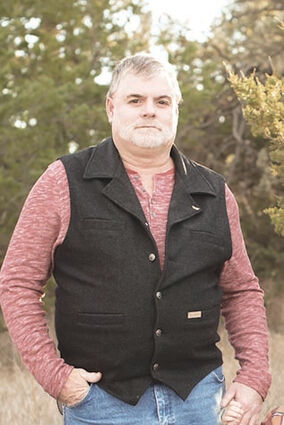 As an expression of sympathy, contributions may be made to Sundance State Bank Memorial Fund for the future education of Bob's son, Gage Denin Vore.

A Celebration of Life will be held at 2 p.m. on Thursday, September 16, 2021, at the Crook County School District Central Office Gymnasium in Sundance. Burial will follow at Mount Moriah Cemetery in Sundance.