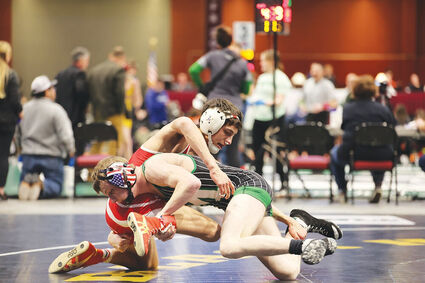 The Wolves wrestled their last season tournament this past weekend at the Wyoming High School Athletic Association State Championships in Casper. Competing in the 2A state class, they placed second out of 21 teams. They qualified 20 wrestlers and came home with one state champion, one runner up and many placers throughout. Individual results were:

106 Dayne Humes – had an impressive season and state tournament as a freshman. He pinned his way into the finals with pins in 1:53, 1:06 and 3:31. In the finals, he wrestled tough and won with a pin in 3:22, winning the championship and ending h...