Doug was born February 25, 1961 to Larry and Barbara Hardy in Gillette, WY, spent his early years in Wyoming and moved to Colorado with his family in the mid 60's. When the family moved to Colorado, he then went to school in Westminster and Boulder, Colorado.

He married Monica Little and became the proud dad of a baby girl, Lacey Jeanne. He then married Yolanda Hernandez and again was blessed with a son, Austin Jay.

He later married Cheryl Stradly and they became good partners in training and showing horses.

He loved all animals, especially dogs, horses and we can't forget his two kitties Pete and Bootsy. He loved watching wildlife so much that he was constantly called a "boulder bunny hugger."

He spent his life in the livestock industry, training, showing and brokering horses. He loved visiting with old-timers, sharing a beer and hearing about family and friends' early life in Campbell County.

He was proud to be a fourth generation Campbell County native, descendant of the Deavers, Anderson Rourke and Hardys. In his early childhood, he thought the world was made of grandmas and grandpas, having two sets of grandparents and three full sets of great grandparents. 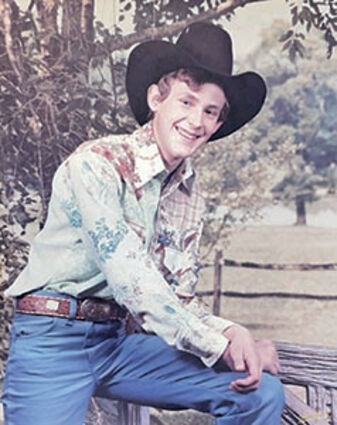 He came from a long line of pranksters and practiced the art religiously, that was how you know he liked you. Doug never met a stranger and was always willing to lend a hand.

He is survived by his parents Larry and Barbara Hardy, his children Austin Jay and Lacey Jeanne Hardy, and one granddaughter, Marilyn. He was also survived by his sister Sherryl (Gene) Hardy, one uncle, Robert (Neva) Hardy, and two aunts.

He was also survived by his niece Taylor Pickett and nephew, Timothy Pickett, as well as many cousins.