Her first two years of school were taught by her mother at home, and then she attended the Davis Country School her third year. She received her fourth through eighth grade education at the Phoenix School.

Phyllis attended high school in Newcastle, graduating in 1957. She attended Eastern Wyoming College in Torrington for one year.

Phyllis was a hard worker, always working somewhere and having fun the rest of the time. Phyllis and John bought Hopper's Bar in September 1991 and ran it until they sold it in December 2016 so she could retire.

Over the years she served on several boards and belonged to several organizations. Phyllis and John did a lot of fun things together to include square dancing, fishing, camping, golfing, snowmobiling and many other enjoyable activities. She really loved going to the chariot races!

After retiring, she could be found doing something in her yard all the time. She loved growing flowers, and all aspects of gardening, canning and freezing many of the items she raised in her garden.

In her later years she started going to auctions with Grace Zimmerschied, and they had a grand time. We found lots of "treasures" when they moved to Sundance. 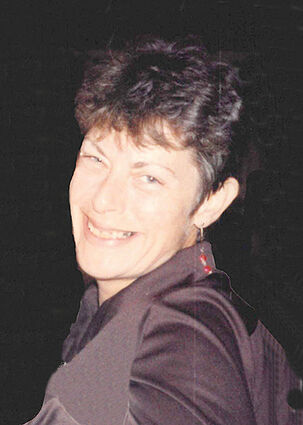 In December of 2019, John and Phyllis moved into the Crook County Long Term Care. John passed away August 11, 2020, after nearly 61 years of marriage. Phyllis remained there until it was her time to be reunited with John Dear once again.

Phyllis is survived by her children, Thomas (Jeanette), and Dee; grandkids, Tara, JD, and Jessica; as well as three great-grandkids, Nicole, Teagan, and Tucker. She is also survived by her sister, Norma; brother, Lloyd (Kathy); sister-in-law, Dianne; and a number of nieces, nephews, great-nieces, and great-nephews.

She was preceded in death by her husband, John; her parents; brother, Merle (Pug); daughter-in-law, Lenora; and son-in-law, Paul Benson.