He was born on June 9, 1963, in Belle Fourche, South Dakota, to David and Judy Noyce. Darin was lovingly raised by his parents Rick and Judy Brengle on the ranch in Aladdin. He attended Four Oaks Country School until eighth grade.

He was a 1981 graduate of Hulett High School where he was an athlete participating in several sports including his love, rodeo. Darin pursued saddle bronc riding with the PRCA and competed for eight years in the Badlands Circuit winning several championships including Santa Fe, Clearlake and Mitchell Rodeos.

He was united in marriage to Roberta Single on September 23, 1989, in Belle Fourche. They moved to Moorcroft, Wyoming, in 1990 where they worked at the Ship Wheel Ranch. To this union two children were born, a daughter, Laramie, and son, Walker. 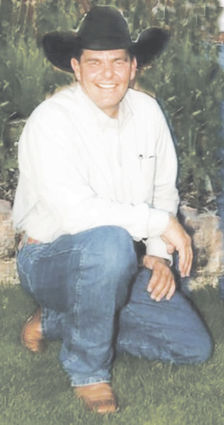 Darin adored his kids Laramie and Walker, his love Roberta, his family, many friends and let's not forgot his office dogs, Walter and Mozzi. He never met a stranger and will be best remembered by his sense of humor, loving smile and how he enjoyed pranks and telling jokes.

He was preceded in death by his father, David Noyce, in 1964; grandparents; and his special Grandma Roberta. He will be greatly missed by his parents, children and siblings, Dane (Sally) Noyce, Davanne (Mick) Moul, Danette (Russ) Hansmeier and several nieces and nephews, aunts, uncles and cousins.

A celebration of Darin's life was held Saturday, April 20, 2019, at the Branding Iron in Belle Fourche. Darin will be laid to rest at his family's ranch near Aladdin.