Carl Mirich passed away at his home on May 13, 2019, after battling for several years with pulmonary and cardiac health complications.

Carl was born October 10, 1941, at his grandparent's home in Upton, WY, to Geraldine and Steven Mirich. He was raised on the family ranch just outside of Upton.

Carl graduated from Upton High School, and went on to continue his education at Sheridan College and Black Hills State College. In 1963, Carl lettered in five sports: football, basketball, baseball, track and field and wrestling, being named Athlete of the Year at Black Hills State.

He graduated with a degree in Physical Education and Science. He later went on to get his Master's Degree in Education from Black Hills State College in 1972. Carl was inducted into the BHSC Athletic Hall of Fame in 1993.

Carl married Deanna Habben on June 9, 1963. They had three sons, George Mirich, Rock Mirich and Marvin Mirich. In a wonderful celebration with family and friends, they renewed their wedding vows and celebrated 50 years of marriage together in June of 2013. They celebrated 55 years on June 9, 2018.

He started his lifelong teaching career in Prairie City, OR, in 1963. The family returned to Wyoming in 1970, where he continued his teaching and coaching career until his retirement.

Carl won a Wyoming State Football Championship in 1996 with Moorcroft High School. He took great pride in the State Championship, as well as in his athletes. Over the years, Carl continued many of his relationships with his athletes and students.

Carl enjoyed spending time with his seven grandchildren and loved traveling all over to watch their sporting events.  He was an avid sports fan.  He enjoyed playing golf and building golf clubs. He was able to attend the Masters in Augusta, GA, in 2011, fulfilling a lifelong dream.

He was an avid gardener and enjoyed making wine in his retirement years. Carl was passionate about his family, friends and all the things that he loved! 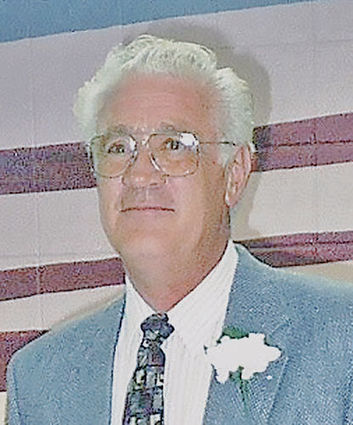 Carl was preceded in death by his dad, Steven Mirich, and his brother, Marvin Mirich.

A celebration of life will be held at 2 p.m. Saturday, June 15, 2019, at the Mirich residence at #6 West Sage in Pine Haven, WY.  It will be a gathering for family and friends to share their stories and celebrate a wonderful life.

In lieu of flowers, memorial donations can be made to the Pine Haven Fire Auxiliary in memory of Carl. Condolences may be sent to the family at http://www.kinkadefunerals.com.