On September 19, 2019, Jan Charles “JC” Houghton gained his place in heaven. JC enjoyed a full, happy life, despite the past several years of fighting Parkinson’s disease. Born in Smith Center, Kansas, on August 12, 1936, to Sidney and Lona Houghton, Jan was the oldest of four children. He grew up in Deadwood and Spearfish, South Dakota, graduating from Spearfish High School in 1953. Enlisting in the Navy in 1954, Jan served four years as electrician’s mate aboard the USS Mullaney Destroyer, making three six-month Far East tours.

On September 7, 1959, Jan married Darlene (LaNette) Mahoney. They moved to Brookings, South Dakota, where Jan graduated from South Dakota State University with a Bachelor of Science in Business.

Their oldest daughter, Kelly, was born. After graduation, they moved to Flagstaff, Arizona, where JC became a master electrician, and Brian, their oldest son, was born. The family then relocated to Tucson, Arizona, where Jan was a real estate broker. The Houghton family expanded, as Christina and Joshua were born.

A self-described ‘Jack of All Trades’, in 1979, Jan moved the family to Hulett, Wyoming, where he purchased/managed the local grocery store. He also bought LaNette’s family homestead ranch property, situated on the Belle Fourche river. The ranch remains in the family, as part of Jan and LaNette’s legacy.

Jedidiah, youngest of their five children, was born. Jan remodeled the original ranch house and the Bush House in Hulett. He drove activity bus for Crook County School District, served as Mayor of Hulett and as Crook County Assessor.

For many years, Jan and LaNette impacted their community and surrounding areas with their marriage ministry. After LaNette passed away in 1993, Jan continued to sell real estate and developed property.

He married Callie J. Heinbaugh on August 5, 2000 and moved to Spearfish. Jan and Callie enjoyed traveling, riding their trike motorcycle and spending time with each other’s families. 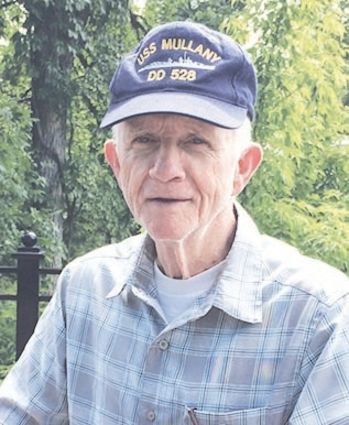 Jan was a wise, soft-spoken man, who worked hard for his family. He strove to live with integrity and was always ready with his quick wit and charming smile. He will be forever missed by family and friends and remembered fondly by all whose lives he touched.

A service will be held at Black Hills National Cemetery on October 11, at 2:30 p.m. A reception will follow at Countryside Church, 625 Woodland Drive in Spearfish.