Christmas with a pony 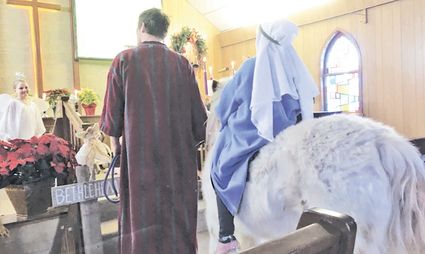 Sunday, December 22, the first Presbyterian church of Moorcroft had their children’s Christmas program, acting out the Christmas story, the birth of Jesus and starring a real pony!

The skit was a success, the pony and the kids did great!