Nadine Lena Miller Fidler, 90, of Spearfish, South Dakota passed away peacefully on April 11, 2020 at Monument Health Spearfish Hospital after a battle with cancer.

Born August 17, 1929 in McCook, Nebraska, to Charles Jr. and Francis (Shook) Miller. She attended school in McCook graduating in 1946 where she was a cheerleader.

In 1948, Nadine earned her associate’s in Arts from McCook Junior College. As a teenager she worked in the store of the family dairy, Cloverleaf Dairy.

For many years, Nadine was the only female licensed funeral director in South Dakota. Nadine was secretary to the Spearfish School superintendent from 1955-1959. For many years Elizabeth Fidler, Ray’s mother, and Nadine owned and operated Myrlee’s Dress Shop in downtown Spearfish.

Nadine was a talented and accomplished vocalist and pianist and shared her joy of music with her church, serving as choir director, organist and soloist for worship, weddings and funerals for decades. She also served as a Sunday School Teacher and deacon at the Spearfish United Church of Christ. Nadine enjoyed many activities within the Spearfish community while serving as chairman of the Community Concerts, Easterseals and Black Hills Passion Play. Nadine continued her college education at Black Hills State University after moving to Spearfish and sang with the college choir. She had been a long-time supporter of the Black Hills State University Foundation and was honored to be named their 2013 Swarm Day Grand Marshal.

Nadine was a 60-year member of Queen City Chapter Order of the Eastern Star in Spearfish and held dual membership in Electa Chapter in Sundance. She held many offices and served as worthy matron several times.

Another fraternal organization which gave her great pleasure was Daughters of the Nile where she served as Queen of Ismah Temple in 1991. In both organizations she served as organist, soloist and choir director. 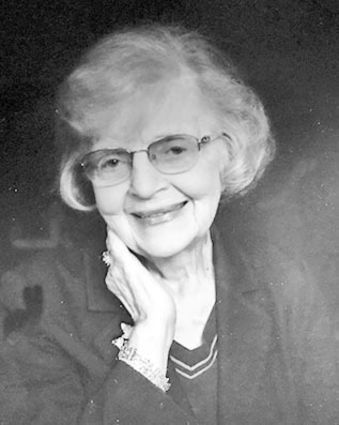 Nadine is preceded in death by her husband, Ray in 1997, her parents, a granddaughter, and five siblings: Charles Francis, Charlotte, Virginia May, Claudine, and Beverly Jean, as well as her grandparents Lena and Charles Miller who raised her and Charlotte following the devastating flood of 1935.

Private burial will be held Saturday April 25 at Rose Hill Cemetery, Spearfish. A public memorial service will be held at a later date. Memorials may be directed to Spearfish United Church of Church or South Dakota Eastern Star Educational Fund.

Arrangements are under the care of the Fidler-Isburg Funeral Chapels and Isburg Crematory of Spearfish. Online condolences may be written at http://www.fidler-isburgfuneralchapels.com.