Loretto was born on February 25, 1958, in Hettinger, North Dakota, to Keith and Marilyn Carr. She grew up in Prairie City, South Dakota with her two brothers and sister.

She attended high school in Hettinger. She was active in the choir during her years in Hettinger. This was the beginning of her hard work ethic as she worked her way through high school. She worked at the care centers and was a candy striper while attending high school.

In 1981, Loretto moved her young family to Hulett, Wyoming, where she would live out her life. She would raise four sons and a daughter there.

She took every opportunity to attend sporting events, plays, choir or band concerts that they were in, and there were many. She shared her angelic singing voice with her daughter, and in 2013 the two of them took the trip of a lifetime and toured Europe as her daughter sang with the Wyoming Ambassadors of Music.

She enjoyed spending time with her kids and grandkids. She made trips to Washington, North Dakota, South Dakota and Minnesota.

Through the years she enjoyed family get-togethers at Hart Ranch in Rapid City, South Dakota. Many years she attended Reva Turtle Races with kids and later grandkids to watch those smiles as they won a ribbon here or there.

Loretto spent close to 40 years being active in the Hulett community and making many lifelong friends. She did daycare in her early years there, but would spend most of her working life in the planer at Devils Tower Forest Products. She spent some time as a seamstress for a period as well.

She was known for her smile and a friendly welcoming personality. You rarely saw her without that smile. She was quick to tell everyone about how proud she was of her kids and grandkids.

She was actively involved in many organizations in the community. She enjoyed working with the kids in 4H. You could also find her collecting money for the American Legion red poppy fund raisers.

She was a devout Christian and very active in her local churches. She served on boards, taught Sunday school and played the piano and organ for services. 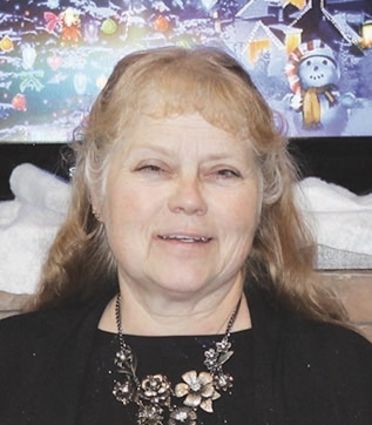 She regularly shared songs and stories from the Bible with her grandkids. More than anything she enjoyed sharing her voice with God. Her voice is something that was a true gift, as she was the one everyone looked to start those ‘Happy Birthday’ songs. She’s surely singing her heart out at His feet.

A celebration of life will be held at a later date.